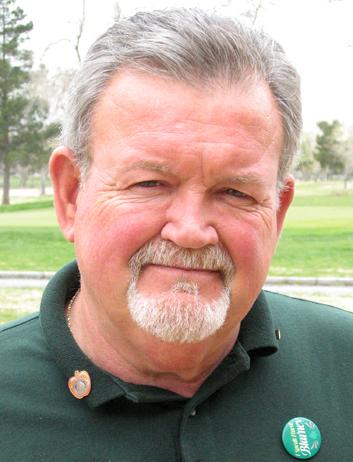 At the State of the Town event hosted by the Apple Valley Chamber of Commerce on Aug. 19, I felt bad for the Chamber who was apparently duped into welcoming on-stage a group formed and paid for by Ranchos Water to oppose the Town takeover.

This group, with a name like Citizens for Government Accountability, is a creation of AVR’s public relations firm. They’ve spent the money to have an expensive website, super looking Facebook page with all the bells and whistles and fees to pay for chamber membership and new expensive newspaper ads.

What’s embarrassing is that this chamber is very anti-politics, yet they got fooled into letting someone get on stage to attack the co-host of their biggest annual public event. As a new member, the co-chairperson of this group was welcomed to the stage where she gave her short anti-town speech.

I hope all the appropriate committee IDs have been secured from the Secretary of State as this group is spending money to advocate on behalf of an issue and money has been donated to pay for ads and memberships. Don’t be surprised if this group tries to morph into a campaign support organization for some future anti-takeover Town Council candidate.

Nice logo though — whoever they paid to create it was clever.

“As taxpayer advocates, we’re concerned whenever government attempts to take over a private business, using the power of eminent domain. The promises are rarely kept, and costs invariably exceed projections. Taxpayers need to be fully informed and extremely cautious.”